Students navigate the myriad of streaming services to find entertainment, escape during the past year 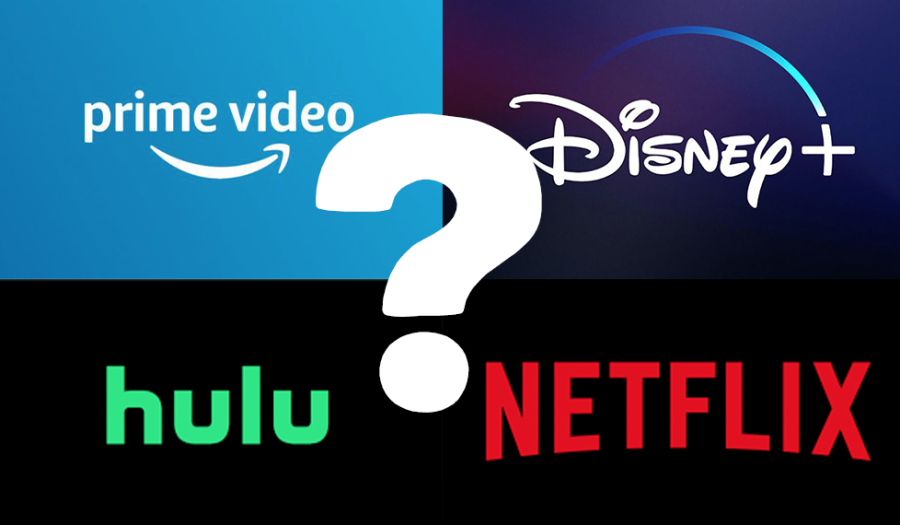 How have you been spending time in quarantine? For over a year, students at Copper Canyon have been living with COVID which means minimal time outside the home. That gave people plenty of time to do more indoor activities. One of the most popular choices were streaming online shows. Ever since the outbreak began in March streaming services like Netflix, HBO, and Hulu have experienced a 31% surge (according to BBC.com) in customers and frequent users, and Aztec Nation was no different.

“Netflix is probably my favorite since it’s been around for the longest time ever and usually has a vast majority of categories to choose from,” said senior Lesley Nunez. “Some of their Netflix originals are also pretty good.”

“YouTube,” he said. “It’s intuitive, I have years of experience, and easy for creators to use.”

“I prefer Disney Plus,” said Israel Felix. “Because it has top quality movies and will continue to add to its roster as Marvel and Lucasfilm release movies and shows.”

“Hulu,” She said, “they have more shows than Netflix and it’s easy to manage.”

Most students prefer to use the more popular streaming services, however some such as senior Cecilia Fajardo, found entertainment in unusual places.

“I think I prefer Crunchyroll or FUNimation because I get to watch anime which I love,” she said. she said.

“Como dice dicho” Claudia Diaz Del Rios says, “because it has a lot of drama, and they talk about lessons.”

Veronica Sanchez freshman, however, is unaffected by these limitations with her broad preferences. So, she would be unfazed by different streaming services. This can surely align with most people.

“I like comedy or romance shows because it’s something I never get bored of.”

When asked these questions Lesley Nunez a Senior responded with this.

“I usually write down any shows that people online recommend if they catch my interest. I use the Netflix recommendations as well, but those don’t usually help since I’m a pretty indecisive person.”

“Dragon ball Z is my favorite show of all time.” Said Israel Felix “I enjoy the action, the humor, the emotion, and the theme of Hardwork.”

“I would probably recommend Somali to Mori no Kamisama” Said Cecilia Lopez Fajardo, “because the story is amazing and it’s so heartwarming.”

Following these questions, I’ve asked the applicant’s if they have any pe peeves of streaming services as well as their favorite feature. Along with this I asked if they could list pros or cons of the service they use.

To this Dominic Cruz said.

“Hulu is a great streaming service because it has almost everything, but many shows/movies are locked behind an extra paywall.”

“I like Disney Plus” Said Israel, “but it lacks some movies that would make it better. It also tends to not receive updates constantly but other than that it is a very good streaming service.”

Lesley Nunez Ornelas had this to say when talking about her favorite function.

“I like that in some streaming services, they have recommendation based off on what you’ve watched before. It sometimes helps me find new shows that I didn’t think would pique my interest.”

William Alvarez a sophomore, when talking about his pet peeves said this.

Cecilia Lopez Fajardo responded with “I hate that some still make you watch ads or pay for certain moves or shows after you have paid for a membership.”

Finally, to end off the interviews I had asked them weather they prefer watching shows with or without someone.

To this topic Emily Mexia Romero responded with.

“I watch Star Wars with my partner because it’s enjoyable to watch with someone else and have someone else explain what’s going on if you don’t understand the lore, movies I watch with like my sister, but I prefer always watching a show or movie WITH at least someone else.”

While on the other hand Israel Felix said.

“I prefer to watch Shows alone because I like to rewind and look for details I miss. By watching it alone, I can focus on the show.”

In unison with his opinion Lesley Ornelas said.

“I usually watch my shows alone since me and my family don’t usually have the time to get together and watch something. When we do though, it takes so long to pick a movie because everyone likes different things so that’s why I prefer watching things alone.”

And different to everyone Cecillia Lopez Fajardo responded with this.

“I like to watch some shows alone and others with friends or family it really depends.”